Not all countries have signed DTAs (although most of them have), which can generate a significant disadvantage for taxpayers residing in one country who obtain income from another country with which they have not signed a DTA, given that in such cases the income could be subject to taxation in both countries.

Based on the assumption that a tax resident in a given country must report in his personal income tax return all the income he has received during the year, including income from other countries on which he may have had to pay tax abroad, the DTA is the legal instrument that makes it possible to regulate the mechanisms to prevent the same source of income from being taxed twice.

In any Double Taxation Agreement we can distinguish:

A mechanism to correct double taxation, so that the same source of income is not taxed in both countries (double taxation method).

We must start from the fact that a “Spanish” taxpayer must report in his personal income tax return all the income he has obtained worldwide, whether or not he has paid tax abroad, and that all Double Taxation Conventions are not the same. 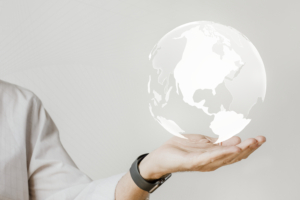 In general terms, and depending on the configuration of the DTA, double taxation can be corrected in two ways:

In our professional experience we have been able to observe that there is the possibility of an income not being taxed in either of the 2 countries (country of residence of the taxpayer, and country of origin of the income), when the applicable mechanism to avoid double taxation is to declare an income exempt, a circumstance that we are going to explain with the following example:

Article 25.3 of a Double Taxation Agreement signed by Spain with a European Union country that we will call “country x” states:

In a “country x” its tax law states that both residents and non-residents are not taxed on capital gains from the sale of real estate, even though we are talking about a type of income that could have been taxable in that country, as it is in most European countries.

This means that if a tax resident in Spain sells a real estate property located in country x, having obtained a capital gain, this profit will not be taxed in that country because its internal tax regulations so provide, and neither will it pay tax in Spain according to the provisions of article 25.3 of the Double Taxation Agreement. (Binding Tax Query)

From Netlex advisors in Marbella, our recommendation, when applying a Double Taxation Agreement, is to carefully analyse the article referring to the method for eliminating double taxation, and in case of any doubt, consult an expert tax advisor who can clarify any doubts you may have.

Want to join the discussion?
Feel free to contribute!

The marriage regime in Spain of professional partners: lawyers and economis...

Double Taxation Agreement between Spain and the Netherlands
Scroll to top